What’s A Confederate to Do? 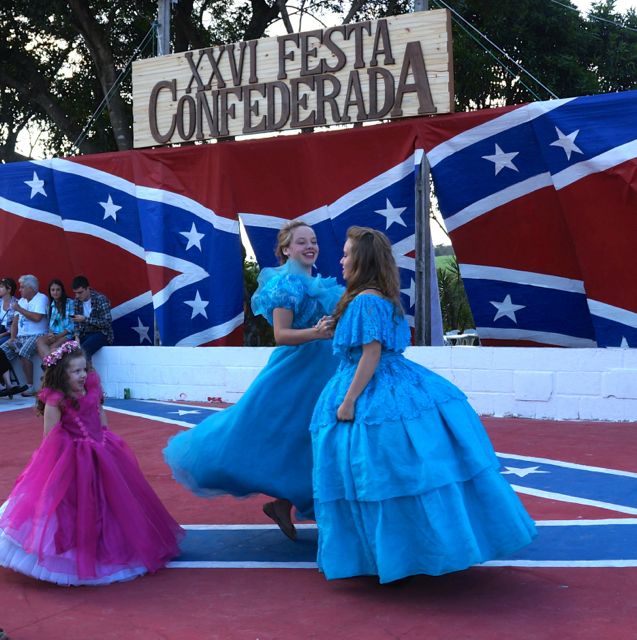 I mean, really, how could we not? While I don’t claim any Confederate loyalty, nor do I believe my ancestors were among those that hung around the South, a small town Northwest of São Paulo that was going to be celebrating the losing side of the American Civil War was something I had to see. And I was not disappointed.

Many might be surprised to discover that a group of Confederates fled the States after the war and headed to the state of SP. They settled in Santa Barbara Oeste, eventually forming their own city called Vila dos Americanos (Village of the Americans), which eventually became the municipality of Americana. With them, they brought their cotton weaving skills and developed a textile industry in the area.

How nice, you might think, as you walk through the festival admiring all the transplanted patriotism. 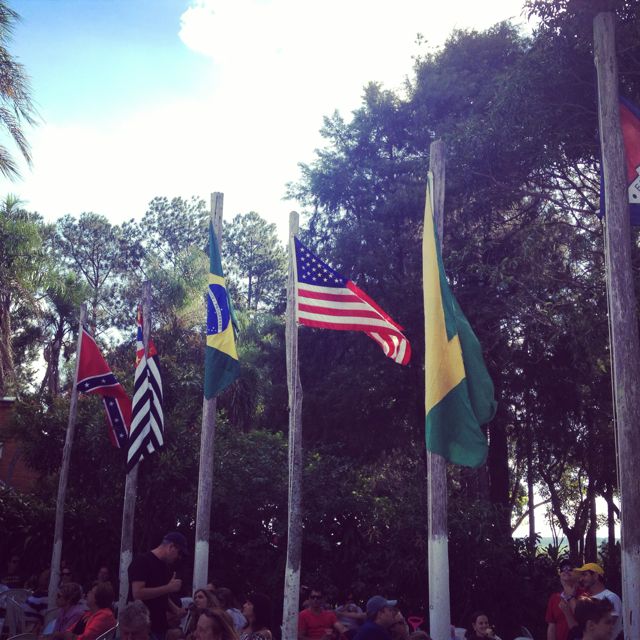 That is, until you run the timeline through your head and realize that the Confederates didn’t come to this country for the caipirinhas. They came for the slavery, which was still legal in Brazil at the time, and which apparently they greatly missed.

The festival was held adjacent to the Confederate cemetery, which was filled with familiar surnames and many freemasonry markings.

Had I acknowledged the actual event slogan…

…I might have hesitated in attending. Was the encouragement of the local to stop hating a recent campaign? Was everyone really on board? Did they really know the difference between a Confederate and a Yankee? Or those of us midwesterners who fall somewhere in between? However, I’m glad I hadn’t been discouraged. For despite the typical Brazilian chaos, which included waiting in line for 2 hours for fried chicken (I did not do this), or waiting in line for 30 minutes for a hot dog only to discover they had run out (I did do this), plus no parking plan…

… it was a pleasantly surreal event. Especially because of the curious amount of kilts in the crowd:

And the sudden appearance of a drone.

I definitely plan to hit up their Museum of Immigration and the city of Americana sometime in the near future.

As usual, you never know what you are going to find on a Brazilian adventure.

32 Responses to What’s A Confederate to Do?