Aye, aye, aye, as the Brazilians say. I’m soooo behind on posting. I’ll keep it to two a day until I catch up so that no one gets too annoyed (especially the email subscribers…)

On Day 145 of my drive to enjoy all that is Brazilian, we went to dinner to celebrate my new permanent status in Brazil (see Sou permanent!) It was at this dinner that I tried a new delicacy – infant pig. Now, I’m not too into eating young animals, for lots of reasons, but for the sake of experimentation, I’ll usually try anything once.

Leitão á Pururuca is crispy skinned suckling pig. Yes, I know it sounds kind of Chinese (and sure, someone is going to come forward with a French origin 😉

But at least for the Brazilians, I’m told it is a very “Minas Gerais” dish. The above pictures is what it looked like before it was “fried” (I think). The waiter brought it out for me to see.

The following is what it looked like as a meal: 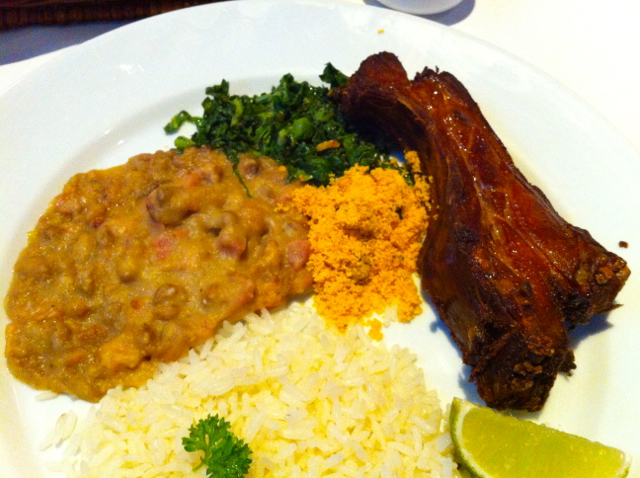 Very Brazilian accompaniments of course. It was good (not great) and rather difficult to eat. But worth the try (except when I think about the poor baby pig…).