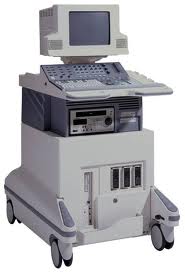 So Wednesday, Day 130 of my emersion into all that is Brazilian, I did all 23 exams that the gyno order for me.

The system here is a bit different than the U.S. Many of these types of exams will take place directly at the doctor’s office. Here you go to an exam center where they do it all onsite. At least that was what was in store for me.

It’s always a little nerve wracking to get medical tests done. But when you know you are going to run into some language barriers, it can be quite terrifying, at least it was for me. And if you are a foreigner, it doesn’t matter how much Portuguese you’ve been studying, if you are not a medical student and you are getting a series of these exams for the first time, you are going to run into new vocabulary.

I did my tests at Fluery, and let me just say that these people were so nice. I had to ask them to repeat pretty much everything they said to me two or three times and they did it with patience and courtesy. Let me tell you, if I had dared to wander into a medical center of any kind in New York City without mastering the language, I would have gotten a whole lot of attitude and probably sent home.

Now for the gory details. (Gentlemen, you may want to move on at this point.)

A few of these tests I had never gotten done because I hadn’t really hit my 40’s until I got to Sao Paulo. And then, I just put everything off due to the extra hassle of being in a foreign country. I must say, if I knew what was in store for me, I might have pushed it off even further, so it’s better I went in a bit blind.

First, the way I read the 8 page email they sent me to prepare me for the tests, in addition to fasting for 12 hours prior and not doing anything fun at all 72 hours prior, it seemed that they expected me to bring in a “sample” for testing. (If you don’t know what I’m talking about, just imagine the most unappealing sample possible.) I asked my husband about this and he confirmed with “oh yeah, sure, happens all the time.” I considered it, sorted through my tupperware collection, and then rejected the idea. Either they were going to get it out of me when I got there, or I was going to risk dying of something they would have found in my sample. So be it.

The first tests were your standard blood and urine withdrawals. No biggie. But then I was in for what I had only heard whispered about by mothers on the playground. The breast exam. Not your standard exam that gets passed out on pamphlets. This is the one with the HUGE machine that takes two glass plates and squishes your most delicate parts like a pancake. 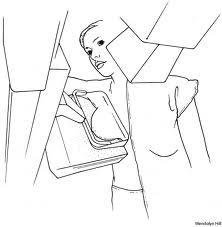 Awkward in itself. More awkward when you are not only exposed, but rendered dumb due to your inability to properly communicate. More awkward as for some reason, all the lights when out in the testing room. But since the machine and the (female, thank the lord) technician’s computer were still functioning, we proceeded. In the dark. Which, honestly, was better.

Next was the “coloscopia.” I must commend this center on their technology. For the first time, I got to see what my insides look like on a big screen television. It was kind of like watching the health channel, except more uncomfortable.

Next was the 30 minutes they worked me over with the ultrasound machine and I was finished.

At no point during the entire process did anyone ask me for my “sample.” So, had I listened to my husband, I would had this sample in my bag, certainly not properly contained, for the entire morning. For no reason. Creepy.

Despite the uncomfortable nature of most of these exams, this group made the experience almost pleasant. You even got to stop at a café on the way out and pick up free sandwiches and beverages.

I’ve got to say, from my experience so far, it’s better to be in Brazil when it comes to all that is medical.